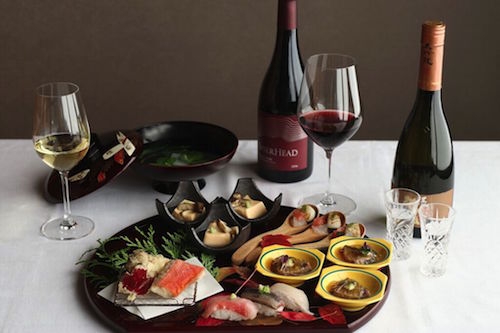 The event begins with a sparkling wine reception at 6 p.m. before Yuwa Executive Chef and Co-Owner Masahiro Omori demonstrates his signature take on the regional cuisines of his home country of Japan with an eight-course dinner that will be paired with rare sake and wine selected by Yuwa Co-Owner and Sake Sommelier Iori Kataoka. Tickets to the Anniversary Dinner are available for $99 per person plus taxes and gratuity, total of $120 pp.

Occupying the space formerly known as the award-winning Zest Japanese Cuisine, Yuwa made its debut in the heart of Vancouver’s West Side in the fall of 2017 and was quickly singled out as a finalist for Best New Restaurant at the 29th annual Vancouver Magazine Restaurant Awards, while its wine list earned a coveted Gold designation at the 2018 Vancouver International Wine Festival’s Wine Program Excellence Awards.

Yuwa is both a showcase for Omori’s effortlessly elegant approach to the traditional Japanese kaiseki style of dining and a heartfelt homage to his late grandmother Yuwa, who owned and operated a fish market in Japan’s Chiba Prefecture and instilled in Omori a dedication to craft, work ethic and eye for the freshest catch.

A limited number of 30 tickets for Yuwa Japanese Cuisine’s Anniversary Dinner on Tuesday, October 23 are available for $99 per person plus taxes and gratuity. Tickets may be purchased by calling the restaurant at 604-731-9378 or online at Yuwa