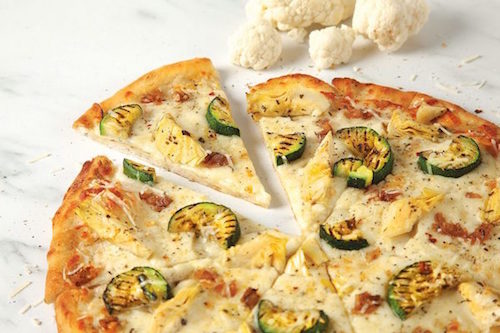 Pizza Pizza a Canadian franchise, has officially made its way to the West Coast with its first location now open at 527 Sixth Street in New Westminster. This recent opening marks the start of the pizza franchise’s planned expansion across the Greater Vancouver Area with locations in Vancouver, Burnaby and Surrey slated for opening in late 2018 and 2019.

Pizza Pizza is completely customizable and also carries options for those with dietary restrictions such as gluten-free, dairy-free and vegan. In July 2018, the franchise also launched the first-ever quick service restaurant cauliflower-based pizza crust.

The new crust has a similar texture to regular Pizza Pizza pizza crust and contains two servings of vegetables in every 12” pizza, with real cauliflower as the main ingredient.  Pizza Pizza’s Cauliflower Crust is available in medium size and can either be ordered custom or in one of the two new, specially crafted recipes, including:

Pizza Pizza will be coming soon to: